I sometimes introduce myself as, “I’m a writer–of course I’m paranoid!” Why? Because writers of all sorts are one of the most abused and maligned professions.  We’re underpaid, over-criticized, and constantly pressured to meet ridiculous deadlines. 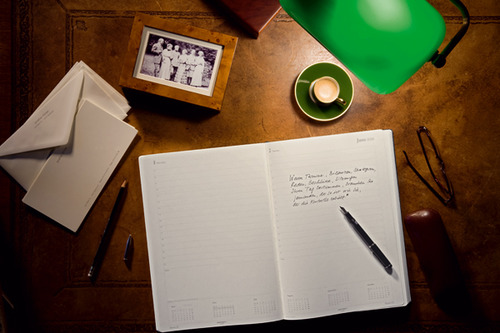 And that applies to academic writers too–in spades.  Papers due at the same time as midterms. Dissertation committees who quibble over periods instead of commas in citations. I mean, really. Don’t these folks have a life?

And one of the hardest things in any writing assignment is that first sentence.  You’re sitting in front of the computer, staring at a blinking cursor on an otherwise blank screen with a mind as blank as the screen.  Everyone tells you to make sure you have a great opening hook–a sentence that pulls the reader right into your paper and makes sure they stay with it because they want to know how it all comes out.  That’s what a “hook” is.

Just like the title of this post–betcha didn’t pass this one by!

Ahem.  Getting back to the point, writing that first sentence of anything is often the single hardest part of any writing assignment. It’s so hard, even published, highly acclaimed authors can screw up opening lines.

Don’t believe me?  Take a look at these little gems:

Really he didn’t. He looked like a self-confessed compassionate rapist.

“She wore a dress the same color as her eyes her father brought her from San Francisco.”– Danielle Steel, Star

Is the shop where her dad bought those blue eyes on Fisherman’s Wharf, do you think?

“Even before the deal with Straker had been consummated (that’s some word all right, he thought, and his eyes crawled over the front of his secretary’s blouse), Lawrence Crockett was, without doubt, the richest man in ‘Salem’s Lot and one of the richest in Cumberland County, although there was nothing about his office or his person to indicate it.”– Stephen King, Salem’s Lot

Okay, this isn’t an opening sentence, but don’t those crawling eyes give you pause?  Not to mention this being sentence way too long and convoluted.

There, now. I bet your opening sentences aren’t anywhere near as bad as these!  And if they are…well, you’re in great company!

PS>  About that FREE MONEY: Here are the details:  Plant one money tree.  Feed and water religiously until it blossoms, providing major cash money on every branch.  Pluck money.  See?  Free.  Details (such as where to find the money tree plant) are left to the reader.