One of the greatest writing sins is forgetting the fireworks.  By this I mean forgetting to make the writing memorable, punchy, and filled with strong verbs. 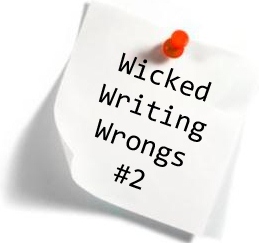 Blah-blah-blah.  Are you asleep yet?

Granted that there is a lot of information that needs to be conveyed in this…whatever it is. Still, it doesn’t have to be written with words that completely lack any spark of color. Nor does every sentence have to have exactly the same structure—we’ve  talked about that elsewhere.

Adding spark and sparkle to your writing means finding stronger words to convey exactly what you mean.  For example, the same information can provide better context of what was truly meant.  Was this reorganization a way of getting rid of unwanted officials and distributing their responsibilities to more favored people?  Then the same information could be written something like this:

The company Board of Directors has ousted the Marketing and Purchasing managers and moved those departments to the organizations of the V.P. of Sales and V.P. of Production, respectively. In addition, the head of New Product Development received a promotion to Vice President of Research.

Why is this more interesting than the first version?  There’s no difference in the number of words—the original is 45 words, and the revised is 45 words. There also is no passive voice in either version (although passive voice  is one of the biggest problems in dull writing).

No, the biggest reasons the first is as dull as a butter knife and the second is not are that the second versions’ sentence structure is more varied and its verbs are “stronger.

Do you see the difference?  Verbs like “to be” (in all its forms) are blah-words.  They’re “invisible” because the reader’s eyes skip right over them, and they can make your writing invisible too.  Don’t get me wrong. There are times when they’re the perfect choice and no other words will do.  But if you think your writing is dull, find a way to replace the invisible verbs with stronger ones, and watch your writing explode into fireworks!