We’re reviewing some of the common screw-ups that make any teacher cringe–or at least a teacher who knows his or her grammar and punctuation.  Yes, unfortunately, I see far too many of these mistakes in the assignments handed out to students.  But you know…you don’t have to stoop to that level. 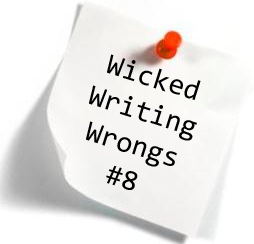 Probably the single most common thing that screws up people is figuring out possessives. Well, maybe the common cold is a bigger problem.  And rush-hour traffic.  And teenagers.  And the search for the ultimate chocolate cookie. And what do we do with waxy yellow build-up? Okay, okay. There are lots of things that screw up people.

But in terms of grammar–possessives are right up there with the the death of subjunctive case and cases of pernicious passive voice.

HERE’S THE RULE:  Possessives when owned by a singular entity are indicated by apostrophe-s As in “the dog’s fleas” and “the cat’s minion.”

Possessives owned by a plural entity, if the plural is generated by adding “s” or “ies” to the singular, are indicated by an apostrophe after the plural s.  As in:  “the dogs’ fleas” (if more than one dog has fleas) and “the cats’ minions” (indicating that more than one cat has minions).

Possessives owned by a plural entity when the plural is not generated by adding “s” or “ies” are indicated simply by apostrophe-s. This would be “the children’s hour” or “the women’s brilliance.”

Possessives owned by a person whose last name ends in s are generated exactly as usual with an apostrophe-s.  This would be “Charles’s car” or “Janis’s car.”

Only if a singular entity ends in a double-s do you use only the apostrophe to indicate possession: “the mistress’ jewels”  and even there, it’s not unacceptable in most quarters to write this as “the mistress’s jewels.”

So there you have it.  Plurals never have an apostrophe.  Possessives always do–oops. Almost always. The exception…that’s for another post.

The post is tagged with: possessives, what not to write, writing tips